“Where do you heard about us?” asked me the gentleman collecting the money for the tour.

“Actually, I do not remember.  I think I saw a pamphlet once at the Palm Springs Visitor’s Center,” I answered while trying to remember the details of something that happened years ago.

“Well, we are glad to have you here.”

And, indeed, I felt good about driving the 7 miles from Palm Springs to Desert Hot Springs.  We are used to the windy, balmy Palm Springs persona of spring.  During this visit, not even a leaf or twig was moving.  The oppressing 100 degree heat was having a negative effect over our bodies.  We had to find some sort of refuge during the day.

That is why we traversed the Coachella Valley to what can be described as one of the top peculiar attractions in the area.  Yes, in the middle of the bare Californian desert, a four story, 5,000 square foot Hopi-style Pueblo raises over a higher elevation spot known as “Miracle Hill.” 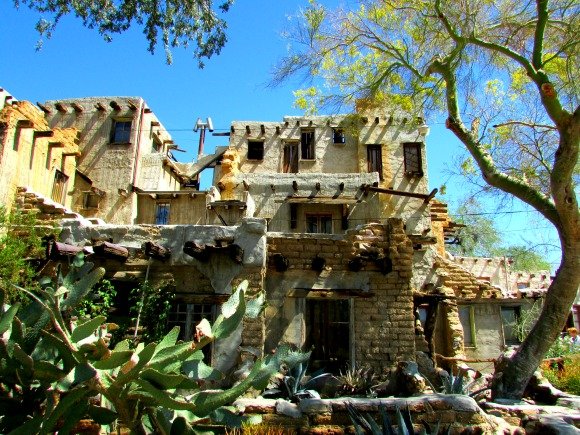 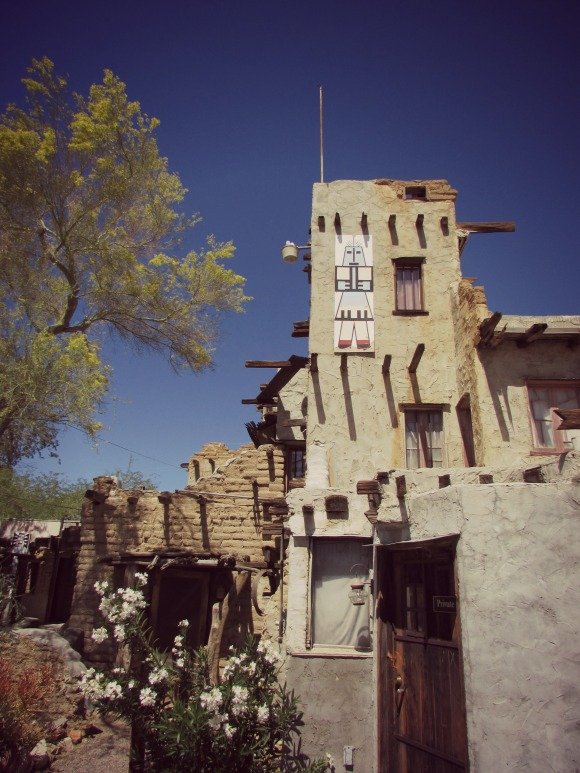 If the idea of having a Pueblo out of place (modern Hopi live in Arizona and that is where their ancient pueblos are located) is fascinating, the life of its builder, Cabot Yerxa, is much more captivating. 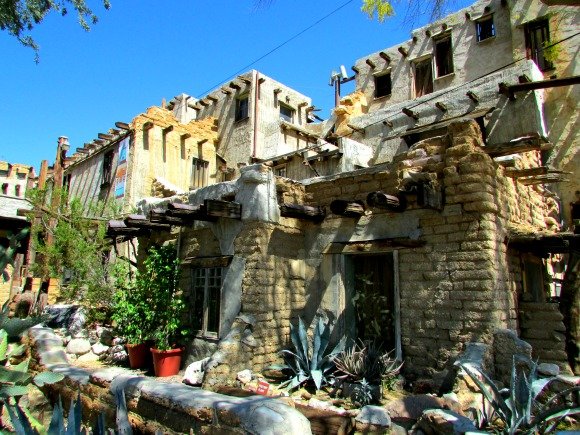 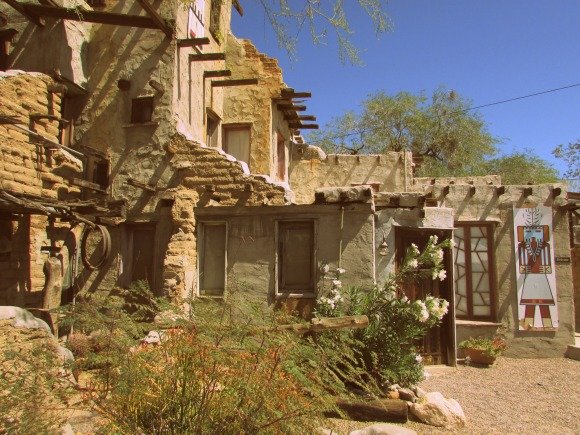 The story of Cabot seems to come out of a fantasy book.  He and his family went from riches to rags and back from rags to riches like three times.  He first saw the Coachella Valley when he was a kid (passed thru here in a train from Mexico). 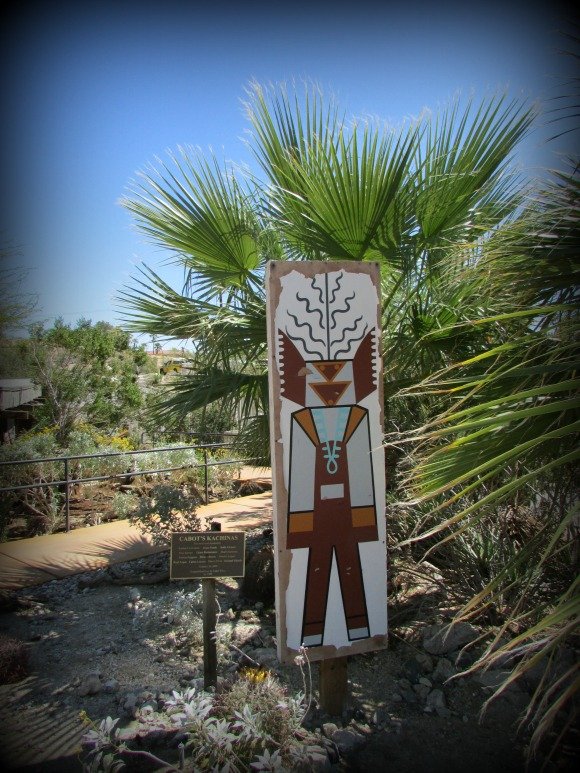 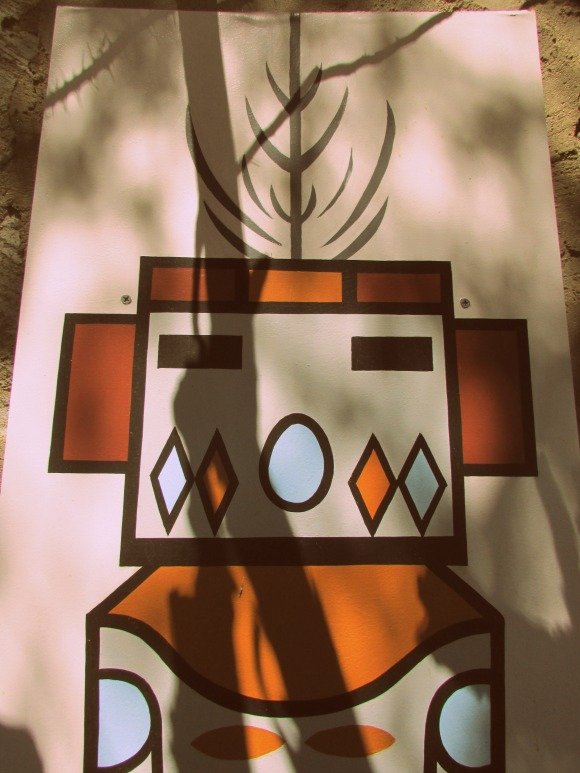 While his family ran a cigar businesses in Cuba, he moved to Alaska (he was 16 or 17) searching for adventure.  He learned the ways of the native people and many believe that is where his love for Native American affairs started.  He set up a business in a tent (inside the pueblo, you can take a look at pictures of his tent, they were provided by Nome’s Historical Society).

His family basically had to run out of Cuba and they lost everything.  They were able to buy a citrus farm in California with the money that came from selling the Cuban ranch (which they weren’t expecting).  They once again lost everything when a harsh freeze killed their orange trees. 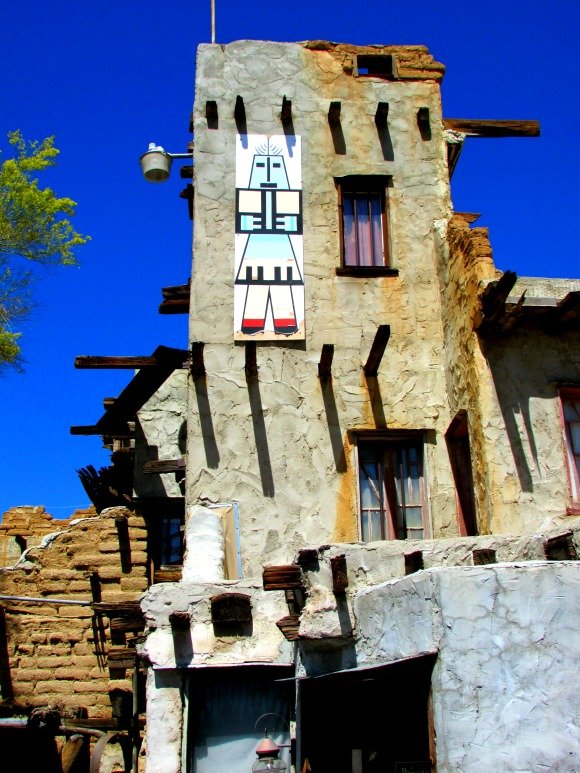 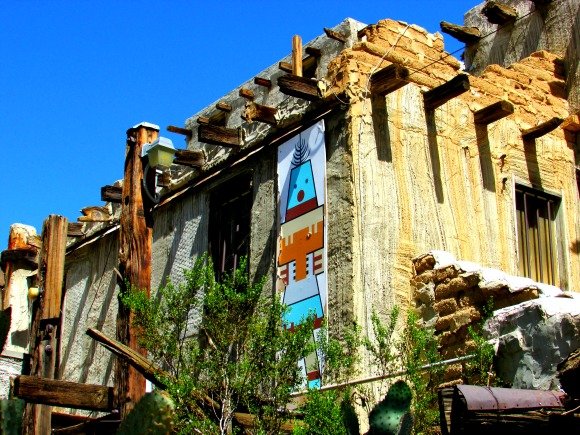 That is when Cabot moved to the Desert Hot Springs area as a homesteader (the government promised ownership of a piece of land if you were able to take care of it for a determined amount of years).  Imagine how difficult it was to maintain the land with no water around you (the closer well was in Palm Springs). 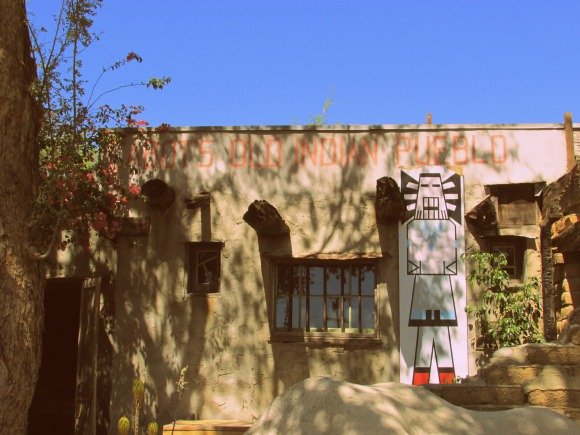 But, because Cabot was no ordinary man, he rediscovered (with information from the Indians of the area) two aquifers (one hot and one cold).  He then made money digging wells and sharing information with resort developers. He even went to Paris to study art (this was the time when The Impressionists were alive).

One of his last sparks of madness (or genius) was the building of the Pueblo.  He built it by himself using reclaimed material he found on the desert.  He even got materials from the irrigation channels that flooded the desert and created the Salton Sea (one of the failed attempts to control the Colorado River). It took him 24 years to finish the 35 room, 150 windows and 65 doors structure. 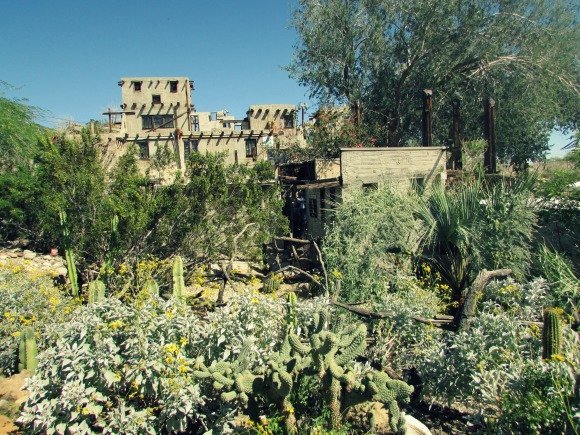 After learning his life’s story, I understand why he had the perseverance to finish an undertaking like this.  Cabot opened the Pueblo in 1945 and moved with his wife Portia (he married her in his early 60s).  When he died in 1965, Portia returned to her native Texas. 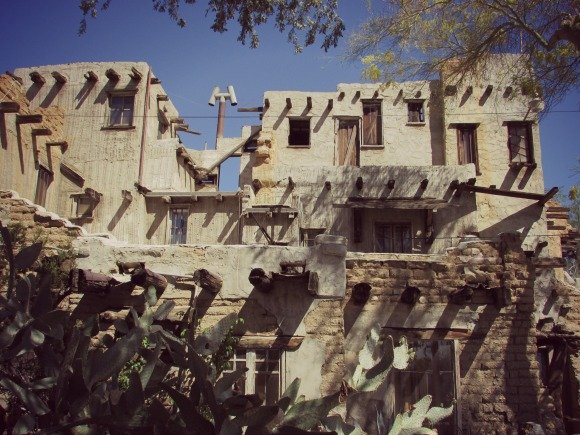 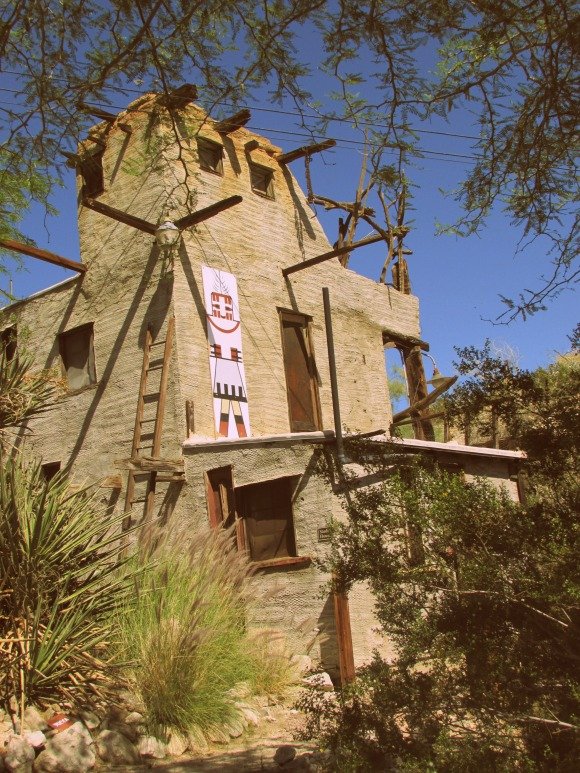 The structure was abandoned, vandalized, taken by hippies and almost demolished. Cabot’s friend Cole Eyraud protected the settlement after his death. Eyraud and his family purchased the complex, restoring it and later donating it to the City of Desert Hot Springs.

Cabot’s Pueblo Museum is now listed on the National Register of Historic Places. 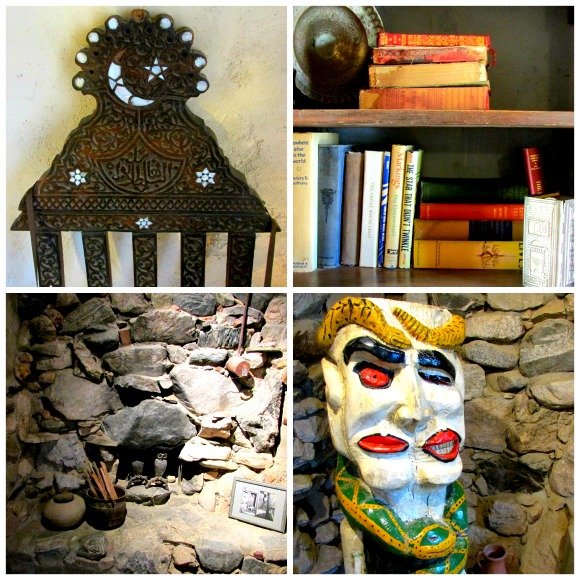 When visiting the Pueblo, I wasn’t expecting to discover so much about its creator.  However, I appreciate the museum giving visitors the opportunity to understand the place in its correct context. 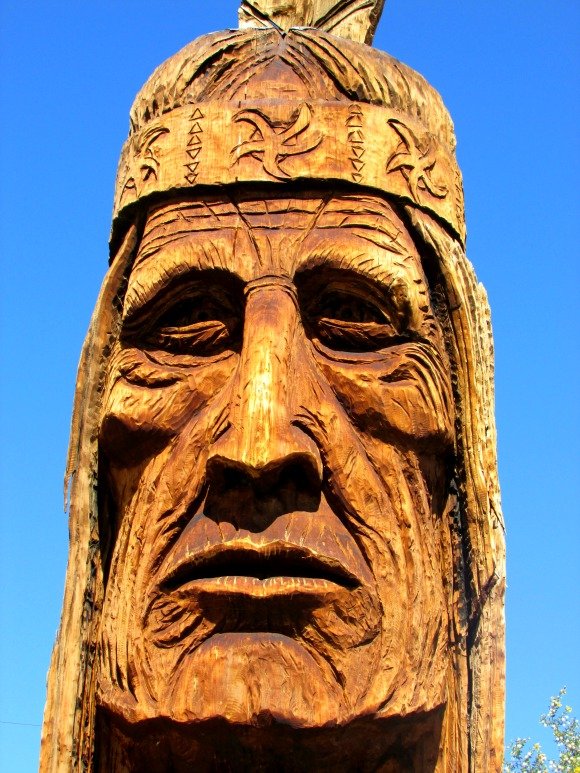 Tour pricing is $13. Discounts are available for military personnel, seniors, and children.

Temperatures in the Coachella Valley are higher than 110 degrees Fahrenheit during summer.  If for some reason you are visiting during this time, Cabot’s Pueblo Museum is a good indoor attraction.  The heat is going to be there but it is easier to handle it when indoors.

A later addition to the site is that of the Waokiye, or “traditional helper” in the Lakota language. Waokiye is a 43-foot sculpture carved by artist Peter Wolf Toth (from a 45-ton giant sequoia log). 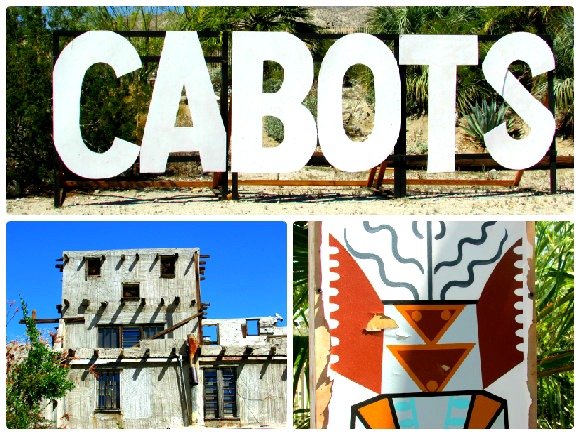 More of the Area

Tahquitz Canyon – Another canyon owned by the Cahuilla Indians (at a different location).  The place is known for the 60-foot tall waterfall at the end of the canyon

Indian Canyons – These canyons (Palm, Murray, and Andreas) are owned by the Cahuilla Indians too (at a different location).  The area has over 60 miles of trails. Many of those trails are easy to moderate. Observe native desert flora and fauna in an oasis setting.

Have you visited Cabot’s Pueblo Museum? What quirky attraction is your favorite?